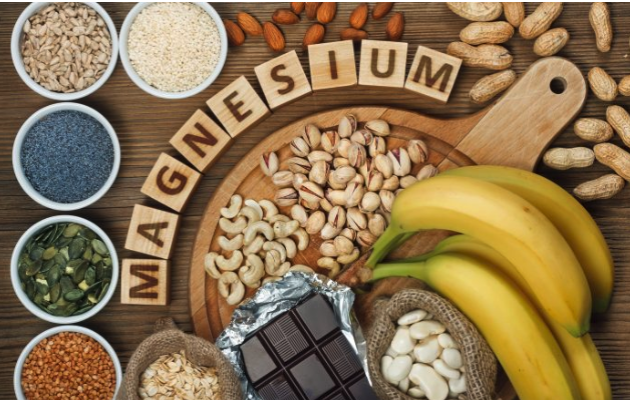 Magnesium is an essential nutrient which everyone of us requires. The quantity varies from person to person depending on our absorption rate, the stress we are under or even our age. It has been positively linked to symptoms like restless leg syndrome, cramping, tight muscles, reducing blood pressure and increasing heart function. Magnesium is ultimately involved in over 600 reactions in the body that include metabolism of food, the transmission of nerve impulses, synthesis of fatty acids and proteins, muscle movements, gene maintenance, and protein formation.

It is part of the seven essential macro minerals that must be consumed daily in large amounts otherwise symptoms of decline start to happen. Unfortunately, studies have noted that approximately 50 percent of people in the western world get far less than the recommended amount of magnesium needed. To top it off the amount of magnesium that is found in soil to help us get it from natural sources has been steadily declining for the past 50 years since industrialization.

There is also the use of chemicals in our water supply of chlorine and fluoride that makes magnesium less bioavailable for us. Living in today’s society of the twenty first century adds an increased need for magnesium due to high level of stress and use of cortisol. Magnesium deficiency can lead to a range of symptoms ie disturbed sleep, calcium deficiency, therefore weakened bone structure and osteopenia, poor heart health, weakness throughout the body, anxiety and high blood sugar. Also, type 2 diabetes, respiratory issues, fatigue, memory decline and confusion.

Here is some of the amazing benefits of magnesium:

Magnesium helps to manage the insulin levels in the body and helps to prevent spikes and crashes occurring in the body.

Magnesium is essential for proper brain function and mood regulation. Low levels of magnesium have been shown to prone the individual to depression. In one study from 2015, researchers found that those 65 years old and under with the lowest intake of magnesium had a 22 percent increased risk of developing depression.

Anxiousness is on the rise. Lifestyles and increased stress levels contribute to this. But this demand also requires more magnesium in the body in these certain times. Research from 2015 showed that a low-level diet in magnesium changes the type of bacteria present in the gut and alters anxiety based behavior.

Low levels of magnesium have been shown to cause severe changes in the how the heart, blood vessels, blood cells, other tissues function. Magnesium is critical for electrical and mechanical functioning of the heart and nerves.

Increasing magnesium might be all it takes to help those dreaded migraines. Studies have found that taking 500mg of magnesium on a daily basis can help reduce the frequency of migraine attacks by over 41 percent. Other studies suggest that daily magnesium supplementation can help prevent the menstrual-related migraines.

Daily consumption of magnesium can be the answer to many of the symptoms that are associated with being premenstrual. These symptoms can include mood swings, fluid retention, depression, breast tenderness, headaches, poor sleep and sugar cravings.

A study from January 2010 in Neuron concluded that having extra magnesium in your body leads to a better working memory, a sustained long-term memory and a greater ability to learn. The head researcher Dr. Liu stated ‘magnesium is essential for the proper functioning of many tissues in the body, including the brain and, in an earlier study, we demonstrated that magnesium promoted synaptic plasticity in cultured brain cells.

Magnesium impacts on us as individuals in many ways. It is essential mineral so deficiency signs can be mild at first. Detecting these early signs can help prevent more serious problems from happening later on.

Not all magnesium supplements are the same

Get industry insights that you won't delete, straight in your inbox.
Thank you! Your submission has been received!
Oops! Something went wrong while submitting the form.
We use contact information you provide to us to contact you about our relevant content, products, and services. You may unsubscribe from these communications at any time. For information, check out our Privacy Policy.